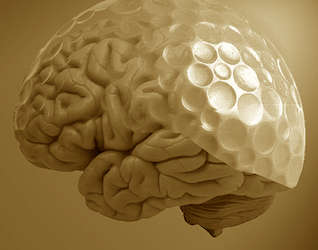 A golfer, his feet well camped on the green, tries to put his ball in the hole. He completely misses this putt, usually easy for a player of his level. Which brings us to the question of his free will. If he has one, was it on vacation at the time of the failed move? Or if it were present, would it in fact have only a weak and random power over the construction of the gesture by the unconscious?

Psychologists are less and less questioned about this. There is little interest in mood, psychological strength and stress management by the golfer. It is the neuroscientist who is now popular. And this one claims that the gesture was formed in its entirety even before the consciousness was aware. It is exonerated. “I should have put the ball in the hole” is replaced by “I could have…”.

What refuge for free will?

But then what happens to the notion of will? If it is unable to ensure that the ball goes into the hole, why would it do better in our other common choices? We see that it is unable to stop smoking, bulimia, laziness, the desire to complain. But we still believed in it to choose the companion, the profession, the decoration of the house, the work of art. Are these last refuges of free will safe?

The surge of neuroscience has brought down the “I” from its celestial heights. Here it is engraved in the neural networks like any other image arriving on the retina. Incarnate. How does it now differ from our other analytics programs? The Grand Programmer is the environment, which has drawn our “I” using a personalized felt pouch: that of our genes. The soul, that bizarre force field that is supposed to animate the body, is no longer needed. Didn’t free will be taken away at the same time?

Let’s look in the retro

Those who still insist on it are doing so a retro-control. Certainly the golfer missed the hole but his consciousness sends a message of discontent. To be redone. The will seems clearer at that moment: to start again, again and again. Until the moment when this clumsy unconscious will have finally refined the gesture to the point of not missing it.

This is similar to the development of artificial intelligence. It is made to repeat attempts to identify an object in a scene, errors are pointed out, end up becoming rarer. The algorithm is in focus. Free will would ultimately be the interaction between an unconscious slave to the environment and a consciousness that educates it. Don’t you feel that we have simply shifted the soul/body dualism to the conscious/unconscious?

How did an independent will appear in consciousness when it does not exist in other neural networks? Where do the paradigms it uses come from? If they are caught up in books, learnings and mimicry, are they more the individual’s own will than his body, or less?

Saving free will seems like a desperate task. The authors find it difficult to emancipate themselves from the idea of a brain center or a workspace dedicated to the individual will. A popular theory is that of Harry Frankfurt, in ‘Freedom of the Will and the Concept of a Person’ (1971): he prioritizes desire on two levels, given desire and desire to achieve or not the previous. Simple seductive repackaging of dualism in an agent/evaluator couple, which does not answer the fundamental questions.

How to save dualism?

These authors try to revive the homunculus, the hidden pilot of our mental functions. But neuroscientists and in their wake philosophers of the mind have assured that it must be gotten rid of. “I” is the brain, not the user of the brain.

Should dualism be abandoned once and for all? This is not the approach I chose in Stratium. Neuroscience, in fact, fails to explain mental phenomena, both consciousness and the tenacious impression of free will characteristic of an awakened brain. On the contrary, I chose to drastically multiply the relative independence of the neural groups, to make them a much deeper hierarchy than the three orders of Freud or the two of Frankfurt.

A free will quantified by the Stratium

The brain is no longer a collection of centers but a pyramid of levels of analysis, responsible for 1) complicating the world, 2) refining the response to each event. Free will thickens its independence as it rises in the pyramid. Tasks performed entirely at the base are very little “voluntary”, those that involve the top are strongly so.

Free will is then defined very simply, even quantified, by the extent of our representations about the world. I am not talking here about the extent of knowledge, but about its integration into successive complex levels. A Google knows everything but remains stupid, because its integrative depth is low. Ditto for the human brain. Its intelligence and free will do not come from the amount of data processed but from the integration structure they have helped to elevate.

Free will arises because an increasing thickness of complexity distances our mental superstructures from material reality. Our inner scene is thus enriched by a virtual world above the corporeal world. Physically the medium does not change, always electrochemical excitations that neuroscientists can not differentiate, except by identifying topographically particular networks and correlated with mental impressions. They do not see any new phenomena emerging.

And for good reason! The phenomenon is not a transformation of matter. It is more fundamental than that. It is what also adds up the constituent levels of matter, up to an organic power plant as complex as the neuron. The phenomenon is the stacking of independent layers of information, each synthetic of the previous one. But this possibility of finding the origin of free will and consciousness in the very physics of the world, of returning to scientific monism without sacrificing phenomena, is another story.

The freedom of the little train

Let’s conclude more practically with support to our golfer from the beginning. His failure of an easy putt, is it a defect or an excess of free will? Because in this task, automation is the most efficient. Not the agitated consciousness of multiple projections on the future of the event. Thus the professional has long understood that it is necessary to “clear one’s mind” to let pure automatism act.

Free will increases at the time of observation. A more synthetic layer of information integrates the result, the degree of error, the prospects to improve it. The golfer may decide to return to the driving range, or that his score does not matter so much. Small switch in the layer, succeeding the switch of the drive layer that failed to get the ball into the hole.

Finally, by dint of switches, who can predict where the train is going?

Personal Autonomy and Values – A Critique of Harry G. Frankfurt, Nathalie Maillard Romagnoli, 2010
How to think about free will, Julian Baggini, 2022