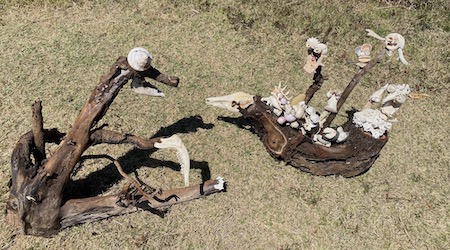 Stagnation of meaning? No cash value

Willingly critical debater of our friends at Philosophie Magazine, I must today sing the praises of Octave Larmagnac-Matheron for his remarkable article on the crisis of the public hospital. Everything is there. Based on the foresight of Viktor Frankl, an Austrian psychiatrist, Octave remarkably clarifies the “loss of meaning”, a diagnosis made to the current slump of public hospitals, which refinancing does not seem to be able to solve.

Medicine is indeed discovering depersonalization, a consequence of excessive technocracy in terms of health. This managerial grip is not new, but remained a bearable constraint with an acceptable workload. Caregivers maintained a free and rewarding life outside the hospital.

From statue to trowel…

The pandemic has changed that. Influx of patients, major tensions caused by antivax, understaffing, less recovery, leisure stifled in their diversity by confinement. Caregivers have suddenly become aware of a creeping evolution of their status for decades: they have become the cogs of an administrative and economic machine like any other.

Why complain about a status that is ultimately identical to most employees and workers? Even executives are under greater pressure from companies than doctors. Moaning, when you are a caregiver, is it only protesting against the loss of a privileged position?

No, for one essential reason: the goods are not the same. People themselves put a capital, even excessive, value on it: their health. Keeping it is not just a matter of technology. The human is a spirit entangled with a body. Attempts to take over one without the other fail miserably. Ideal medication does not work without a minimum of empathy, if only for adherence. The only patients I can just hand out the prescription to are those who already have a very great love for themselves. They are not a majority. Fortunately, perhaps, for life in society.

Caregivers distribute empathy even to the most deterrent: angry, reluctant, worried, stupid, disobedient, suicidal, cynical, know-it-all etc… all these traits of characters willingly amplified in a sick person. Which largely excuses them. Empathy works better than conflict to make them become themselves again. But the truly painful effort concerns the patient who is already himself. Empathy falls into the void. The novelty that has worn out the most caregivers for 2 years? Antivax, which are not temporarily disrupted by the pandemic. They have integrated into their deep identity a mistrust and hostility to caregivers. Not seen since the beginning of medicine.

Empathy, free as the sun

Why has empathy, such a precious inspiration, never required remuneration? It works in two directions. Why pay for something that multiplies like the buns of the Bible? But today the empathy of caregivers is becoming lonely. That it remains a due, without exchange, makes it an exhausting drag. Why wouldn’t I enjoy the status of individual-king like the others?

Caregivers are certainly tired of getting off a pedestal. But perhaps it is the rest of society that has come down too much? Employees, workers, and even managers, anonymized by narrow, cloned work cells. Without work, there is no meaning to our day. Without work, no expansion to our identity, no overflow of empathy, already difficult to find for oneself. Shouldn’t we give meaning to work in general, rather than discourage those who keep track of it?

The detestable side of corporatism

Administrative technocracy is not the only culprit. Doctors have their share. Have they participated in the management of health, to avoid the overflow of expenses and the unbearable weight they have today? Did they try to spend usefully, reflecting on medical utilitarianism? By no means. On the contrary, they have become entangled against the injunctions of control, despite a budget out of control. The result: an official behind the shoulder of each doctor, to look at what he prescribes, to place economic rather than medical safeguards.

Instead of participating in the spending’s control, the medical unions have closed in on a corporatist defense, unworthy of their level of study and social scope. If they had done their job of mediation, there would be far fewer controllers for many more caregivers, and these satisfactory staff would have cashed in without flinching the overload of the pandemic. Without sinking the economy in addition.

While today, after this double failure of the unions and the administration, the “whatever it costs” has not prevented the collapse of the morale of the caregivers, and a flight to nervously less demanding professions, such as cultivating his vegetable garden…

The solutions deserve a complementary article (or book) but are very well sketched by Frankl and Octave:
-find an intimate relationship at work
-get out of the self-centered conception of empathic and romantic relationships
-accept the challenge of suffering courageously. The most delicate point to support, but indeed: “The meaning of life […] even includes the potential meaning of inevitable suffering.”