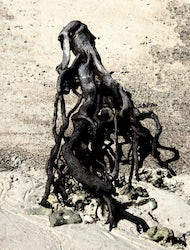 Abstract: The solution of the mind-body problem can be summarized as follows: Since the scientific/physicalist representation cannot explain the phenomenon of consciousness, and the spiritualist/phenomenological representation cannot explain the neural correlates of consciousness, it is necessary to find a new dimension that includes both looks. This is the complex dimension, of which only the metaprinciple remains to be formalized.

The glue of a priori

A recurring idea is found, not in authors who propose solutions to the mind-body problem, but in those who watch others propose them: The authentic solution, if it exists, can only come from a radically modified approach to the problem. The efforts of the eliminativists, both of the conscious phenomenon (illusionists) and of its substance (idealists), are worn to the rope and have not convinced, leaving two parties irreducibly angry.

The barrier lies in the way we look at the problem. You have to find one where the problem disappears. Unfortunately, it is not enough to use materialistic or panpsychic arguments to affirm its disappearance. The discourse remains eliminativist. It is really necessary to engage in the quest free of all a priori, as Heisenberg did at the age of 22 by isolating himself on the island of Heligoland to solve an apparently insoluble problem, entrusted by Niels Bohr: to find a model of the displacement of the electron allowing it to occupy only quantized orbits around the atomic nucleus.

Heisenberg went so far as to abandon the postulate that the electron has spatial coordinates, like anything belonging to reality known in his time. He replaced them with a two-dimensional matrix. The electron is no longer located in one place but in a superposition of possible places. Quantum mechanics was born and has not finished shaking our minds.

Two oddities are not necessarily related

It probably takes a similar abandonment to solve the mind-body problem. This does not mean merging the two oddities, quantum and conscious, in a quantum theory of consciousness. Hypothesis vitiated by crippling flaws. Why would some neurons participate in consciousness and others not? No, what can inspire us in Heisenberg is that a difficult problem must be approached with a brain that is either blank or able to forget existing solutions. Would expertise in the field be a handicap rather than an advantage?

I will tell you later the circumstances of the birth of Stratium, which are neither philosophical nor neuroscientific, but medical and psychological. We too often forget that in the middle of the neural-consciousness divide there is a psychology, a multifaceted personality, and that this missing link is far from being officially modeled. It is neither in the physiology of the brain nor in its phenomena that I started my theory, but at their interface.

With the help of Nicholas Humphrey’s remarkable description of the mind-body problem, and the flaws in his solution detailed by his critics, I have shown how to arrive at a satisfactory theory. The addition of a new dimension to the problem, the complex dimension, makes it possible to reintegrate physicalist and spiritualist views together. The realization of this dimension in no way contradicts current scientific paradigms. On the contrary, this dimension reflects the very organization of science, divided into disciplines dedicated to different levels of reality. Science mirrors the complex dimension of reality; But we must note two glaring absences within it: that of the scientific mind itself, and that of a metaprinciple formalizing this complex dimension.

Stratium is the explanation of consciousness that flows from this new dimension. It easily brings together the two current flagship theories, the Global Workspace (GWT) and Integrated Information (IIT), whereas they seemed so incompatible to the point that 93% of the work concerning one does not cite the other.

A dimension made of attractors

The philosophical debate has allowed a prediction: Since phenomena are not explained by reduction to micromechanisms, they arise from non-reduction, that is to say from the complexity of the system. This reinforces the existence of this additional dimension, which cannot be included in any spatio-temporal framework: complexity. The elementary unity of this dimension is the separation between ‘what constitutes’ and ‘what experiences its constitution’. The unit defines a complex complexity level or attractor. The general principle of this discontinuity or complex quantification is dealt with in Surimposium and will be the subject of another series of articles.

By making virtual levels of complexity as concrete a reality as neural physiology, structuralism finds the coherence necessary to unify reality. As long as you are wary of the ‘=’ sign and its reductions. The frames on both sides of this sign are of paramount importance. They do not appear in quantities, in pure mathematical equations, only in the form of arbitrary units of measurement, based on the way our instruments relate to reality. These qualities are approximate, are erased when it comes to the mind. Sometimes the difference between the frames is insignificant, sometimes there is a real crossing of reality. The gaps on either side of the sign ‘=’ are closed to facilitate mind control. But they must be deployed to reveal the proper nature of reality and the experience it provides, at each crossing.

Nicholas Humphrey, in the reply to his objectors, evokes the time when our descendants will learn in school the explanation of consciousness as easily as we learn today the evolution of life with natural selection. We’ll eventually be able to write it on the back of a postcard, says Humphrey. To realize his prediction we must hurry! It is already rare that we send postcards. Here is the one I address to Nicholas, in his posthumous paradise:

“Constituting and experiencing are two principles of opposite direction in the complex dimension. At the top of its complex hierarchy, every entity experiences the consciousness of its surimposed constitution.”

I am coming to the end of the investigation and the solution of the hard problem of consciousness. How many of you, readers, have read this entire diatribe? Is the problem minor? No doubt, to see the small number of philosophers and the even smaller number of scientists who are interested in it. Is this not the greatest question to be solved in order to insert ourselves into knowledge? How is it that solving the 7 most difficult math problems is priced at $1 million each, and no reward has ever been offered for solving the ‘hard problem’?

This paradox is easily explained. The problem concerns all of humanity but worries only a tiny fraction of it. “Intellectual fiddling” might even be its inglorious status in almost all contemporary minds. Listen to the conclusion of Ed Leon’s interview with philosopher Patrick Grim, who asks him why the mind-body problem is so important:

Indeed, the mind-body overlap is so innate that the layman wonders why there is any problem. It already has its result set. It is too intimate, to the point of being a natural setting and not a questioning. Everyone experiences consciousness and learns, without much effort, that the brain produces it. ‘Neural=mental’ is a satisfactory level of explanation. In fact, it’s obvious. What donkey could challenge it?

Even in the scientist, his ontological look finds the case uninteresting. Why neural activity produces such a phenomenon as consciousness? That is a given. It is more useful to know if properly simulating neurons will produce the same phenomenon. Or whether changing a particular physiological rule will change its nature. The obvious, the scientist likes to manipulate.

While it is in the explanation of the obvious that the greatest steps of philosophy are made.