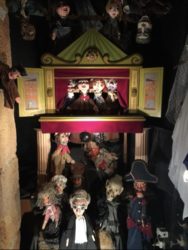 If there is an example of monumental crash among sociological prophets, it is the offensive against telecracy. As recently as 2006, Bernard Stiegler published ‘The Telecracy Against Democracy‘, in which he castigates the influence of the public on politics, replacing true public opinion. He denounces politics as resigning in the face of television, refusing to exercise his power to regulate it.

Less than two decades later, the dominance of TV has faded behind that of social networks. Previously centralized on a studio, power is returned to the viewer, self-organized through hundreds of influencers. The notoriety of these is fragile. They must stick closely to the desires of their followers. Public opinion makes the hearing. And politics. With an even greater difficulty in regulating networks today than TV before. Emmanuel Macron is considered centralizing or even autocratic, perhaps more than a Bernard Stiegler would have wanted. Yet he is more powerless than his predecessors to curb the power of the audience.

We are in the middle of the situation that Bernard Stiegler hoped to see happen: power in the hands of citizens with diverse ideas, choosing their sources of information, abandoning a cheesy TV. And it’s a disaster! Deep social disorganization, contested collective policies, erratic, short-sighted, devoid of any global coordination.

Telecracy has become an ontocracy. The power that leaders derived from manipulating the media turned into the power of citizens to manipulate leaders. It’s worse. The principle of representation no longer exists. The TV show followed by millions of people had the advantage of synthesizing a debate between contrary ideas. Arena from which no one came out unscathed, no doubt. But this is the essence of the conflict. Let us not consider its consequences harmful. It reveals a result, not disappears its constituents. In other circumstances, the result may become different. The important thing is that it exists as a fusion. Let everyone refer to it. That it symbolizes the collective level of society. Let it raise us above the band of primates. Monkeys are free to resume their cries around a bottle or their gesticulations around a pamphleteer 😉 A higher stability to the cells has formed. An organism lives and perpetuates itself.

With the telecracy, the citizen horde was going in one direction. Not necessarily the right one, but then the ontocracy woke up to cut off its momentum. Today there is no more direction, no more common project. Put yourself together to shoot on one side, as many will shoot on the other. Ontocracy is the mass of ants freed from the obligation to protect the queen. And the anthill. Which will soon collapse?