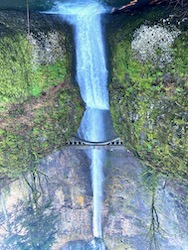 The most insidious of upheavals

The greatest upheaval of the 21st century went unnoticed. It is even more insidious, it is true, than the predicted climate catastrophe. Catastrophe, it may not deserve this title, but it radically transforms our individual relationship to reality. It depersonalizes it. The individual is dissolving. Without being able to realize it. It should be attended from the outside. But what if there is no longer an envelope between inside and outside of oneself?

I criticize a lot on this blog the individual-king, the tendency to rely only on oneself, which spreads faster than a virus. But the concept of individual-king is a viral meme . Everyone marries it in the same way. It is a concept extolling the individual but not individualizing. On the contrary, it is a mimicry of behavior reproduced infinitely. “I no longer accept being dictated to my conduct”… because no one accepts it anymore, not because in my specific case the acceptance would be questionable.

Despite this enormous expansion of the individual-king meme, the true individual is threatened. So what is this invisible upheaval? The pressure of information flow has been reversed between the individual and his society. Previously it was negative seen from the individual. He sucked the information more than it was pushed towards him. He “went to the news”, questioned the traveler passing through about the regions crossed, paid for his diary to be delivered to him. At the beginning of the net he was still a vacuum cleaner of news, of content to download, chosen according to his personal tastes.

These tasks have not disappeared but no longer correspond to the same needs. The enthusiasm of the beginning, by discovering nuggets, gives way to blasement or even weariness, so many things to look at, compare, synthesize. Downloading loses its meaning when subscriptions allow access to everything. When information becomes (almost) free, what barrier remains to prevent it from suffocating us? There are so many subjects, exciting reflections, scandals, delighted astonishments. Enjoying it is now mixed with a dull anguish: what do I miss by spending my time here?

Even the feeling of freedom weakens. While the laws have never been so amended, the courts so nuanced, that anyone can throw with impunity his venomous pamphlet on the incumbent president, that one can prepare his revolution on public networks and demonstrate without worrying about procedure, we have the impression of lacking freedom. Incomprehensible?

While at the end of the last century we were on a democratic flight that promised to extend to the entire planet and to achieve a real global coordination (avoiding in the process the climate catastrophe), here we are in the process of retreating to our national perimeters, soon regional, even groups the size of a tribe, Native citizens, antivax, worshippers of Gaia, etc.

Of course you have heard many explanations on this subject: immigration, multinationals, social inequalities, propagandists, incompetence and morgue of leaders, rivalry for economic leadership. What is curious is that the objective parameters of living standards had been rising continuously since the last world war when this retreat began. Not everywhere, not every day. On average, yes, they were climbing.

It’s easy to draw our attention to what’s going wrong even when everything is better. We are very receptive to that kind of information. But we are less inclined to go and get it ourselves. What would you think of a person who gets up every morning to explicitly look for the worst news from the day before? It’s no longer a cognitive bias but a good paranoid neurosis, isn’t it?

In fact, when we suck up information deliberately, we are not particularly eager to look for the good guys and the bad guys. Rather to benefit from an overview on a subject. Very different is the information that is injected into us under pressure, that of networks, news feeds, forums, publi-information. All of them are in competition and their only chance to emerge from the mess is to use our cognitive biases. They seek attention, alert, with the original, revolt and scandal.

All the subjects on which a “it’s not going so badly” would drag in our minds, are presented as “it could get better”. The meaning is almost the same, but the effect of the first is to calm us, the second to annoy us. Another additional problem in our reality!

When we sucked up the problems that might hang around us, it was a choice, based on our personal self-assurance, absolutely not harmful to our sense of freedom. Now that problems are infused under continuous pressure, no matter the size of our mental space, the freedom felt is necessarily diminished.

Countryside against the congestion of the mind

It is not by chance that some choose to go to the countryside to regenerate this freedom. Change of living environment? Reduction of professional stress? Recovery of free time? All these reasons are true, however they come together in this one: change makes room in a mind over-cluttered with problems to be dealt with, deposited there by the flow of information.

Each problem is easier to manage when you can isolate yourself with it. Focus on its different aspects. Exploring solutions. Course of action. But what if a crowd of others mix in and compete for the star? The chances of solving it are diminishing. Procrastination. It still survives, years later, entangled with its competitors. Restless nights. Fatigue accentuating our impotence. Our mind becomes a universe of things that demand to be framed and never are. How could we keep the impression of free will, under these conditions?

My mind is a capsule. Not isolated from the outside world but containing a personal identity. Problems can get in. Inside my mental enzymes digest the problem and even turn it into energy. But if the information flows are so corrosive that they begin to dissolve my capsule, the problems come in massively. My enzymes are overwhelmed, do not finish their cycle. Rather than recovering energy I waste it. I don’t have any more. I give up.

My identity is dissolved. I am not aware of that. I feel good. I think like the others, mixed with them. In their wake I revolt, enchant me, rarely bore me, always lulled by the great currents of information. The mystics were right. We are much better in the Great Whole. The whole has an answer to my problems. Less tiring than looking for it alone. Not to mention implementing it…

For those who find no happiness in this slow solubilization of their identity, in this community fast-food restaurant that has become the shop of dreams, the evolution is naturally towards the depressive state. Depression that has nothing to do with any predisposition. We were 10% depressed in 2010, here we are exceeding 20% after the Covid inaugurating the 2020s. Either humanity has undergone a serious biological mutation that has gone unnoticed, or it is its society that has created the problem. Here again there is no shortage of diagnosticians. They flood our media with their varied and often relevant alarms.

But what if they made the problem worse instead of helping to solve it? Why, if the causes of the Society’s thick psychoanalytic record are known, do we not manage to improve the patient? Is it by putting a majority of its members on anti-depressants that we will achieve this?

Why are passages in depression made without a clear transition, without a particularly destructive event? Yet we are fortunate to find an explanation for any unusual gloom, even in the last vaccine injected… Affected people find it difficult, for the most part, to give a major reason. While the accumulation of minors is impressive. Is this enough to make the equivalent of a major?

The Great Inversion projects, with continuous pressure, a shower of acidic information on our identities. It is the masked cause that all these people, in search of their morale and free will, seek to identify. Open your umbrella!

Continued in: Contemporary information flows, a paradoxical reduction in exchanges
Links (french):
Depression: What are our societies sick of?
An antidote to misinformation