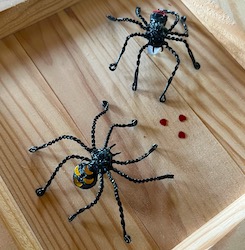 Knowledge, power and networks are the theme of a new sociological western with three timeless stars: the Professor, the Patron and the Quidam.

The Professor likes to encounter information about what she already knows. She seeks to consolidate her knowledge, refine it, make it exhaustive. Such a beautiful building is well protected. Any threat to its bases is unacceptable. A Student or an Author who wants to destabilize the Professor must do so with sensitivity. Connection to the antennas of an intelligence service with strict rules. It is polite to begin by saluting the Professor’s knowledge. The Author thus obliges herself to confirm her knowledge, repeated in a classical introduction, before hanging new decorations on her superstructures. In the best case she manages to build an additional floor, if the Professor agrees to clear the faded concepts installed on the roof.

The Student is more wild and impertinent; but the Professor tolerates it. The Student’s mind is largely a blank slate. The Professor can build a replica of her knowledge. No threat. It is in fact by this absence of threat that the Professor is most influenced. She receives the ingenuous remarks of the Student and sometimes they reshape the learned edifice at its base as much as the words of the Authors. The Professor appreciates this renewal without power rivalries. She gladly takes the most gifted Students as Apprentices.

Viscerality of the conflict

The power struggle is ontological. The Professor is, like the others, a Social Animal before being a Reason. The relevance of a knowledge takes a back seat to Who carries it. Is it possible to appropriate it or not? For the remark of a Student it is easy. For a long-deceased Great Thinker it is free. But for the work of a colleague or a living Author, the place is occupied. The Animal in itself establishes power relations, the Civilized surrounds them with ethics. The Professor is obliged to acknowledge the ownership of each work to others.

Since appropriating the original knowledge would be theft, a solution presents itself: establish a revised version, even improved, will say the Professor. Indeed, it is better suited to her personal mental edifice. In this sense it is really better. And becomes her property. It is the conflict of power that makes the criticism of a speech or a text fizzle, its reduction, correction, and finally appropriation. The reasons for the conflict fade behind its necessity. The Animal wants to be right before exercising it. Reason arranges to satisfy it as best as possible; It must produce a rewarding result, regardless of the mode of appropriation.

The Patron is less learned than the Professor, but smarter. Her journey made her understand that no mind can house all knowledge and talents. From school, she knows that she will not win the power struggle with the brightest students, at least not in pure knowledge. But power is not just individual; it attracts, collectivizes. The Patron knows how to identify future Professors, with the idea of affiliating them, making them reap a power shared with her. The Professors will remain solitary, isolated in their complex and inaccessible world. The Patron will be part of all the sharing. It’s a quick calculation. The richest is always the spider in its web.

For a long time, the Patron is recognizable by her entourage of specialized assistants and her address book provided in Professors rated. The ordinary Quidam looks at her with envy. Today, however, the gap between Patron and Quidam is narrowing. Indeed, the second is also equipped with assistants, digital and more accessible. She in turn accesses the knowledge of the Professors, thanks to the web. Perhaps advances in AI will completely erase the gap? This is why these advances are closely monitored by the Patrons, whom they worry. But the Quidam and the Professors might be more worried: their jobs lose interest. They no longer have any other reason to exist… what to exist. Participate in a power market with nothing left to sell? How to keep it?

Provisionally the Quidam benefits from the diffusion of the tools of power. She now behaves like a Professor. She captures knowledge and takes ownership of it with disconcerting ease. She can show it to the best Teachers on the square! What are they other than the stooges of the Patrons, of the powers that be? With a touch of conspiracy it is easy to repeal the authorship of the Professor’s statements, triumphantly award it, and sell a watered-down version to one’s own network.

The Quidam has slipped quickly into power games, and fattens her own Patrons, influencers well positioned on the web. Power changes hands but remains as badly shared as ever. The principle of the conflict, which agitates the Professor, the Patron, and the Quidam, is to make all balance go out.

Where are you best placed to observe all this? On your balcony, overlooking the Street of Knowledge. You observe the rants and fights between agitators heavily armed with bits of information. On the left is a professor, Mr. Higgs, armed with a huge nuclear accelerator that he struggles to lift. On the right is a patron, Mr. Bankman, a long chain of bitcoins wrapped around his forearm. Will liveliness dominate power? Close your eyes and step back a little, so as not to take a lost particle. A dazzling flash illuminates the street. The Bankman chain is disintegrated. Disappointed, he drops the stump and rushes to Higgs to strangle him. Higgs threw his accelerator, too slow to recharge, and drew a Schrödinger equation. Bankman blushed and backed away. Too late! The equation multiplied the Higgs positions. He is now surrounded by a multitude of his clones. No place to hide.

You watch Higgs just kick Bankman’s butt. But multiplied by the number of clones, it propels Bankman a good hundred meters, before you lose sight of him. Ah, science is always advancing rapidly, wherever the feet are carried…