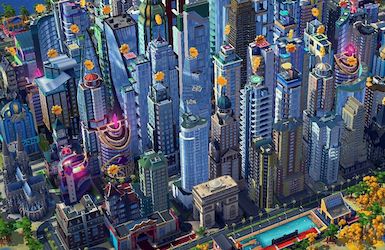 Abstract: Artificial intelligence at the service of the natural extends the collection of data but does not accelerate their weaving. We spend even less time on it, stifled by infobesity. Decline in the end of the true level of intelligence, while our contemporaries believe themselves more learned?

Today most of us are unable to support ourselves. They are the specialized cogs, often of obscure necessity, of an immense social and economic machinery. Here you are!! Isn’t that the definition of artificial intelligence??

If we understand intelligence in terms of levels of abstraction that gain depth, the natural is not fundamentally different from the artificial. Is the former destined to blend into the latter —which expands its possibilities? We are tempted to believe it by noting the addiction to smartphones and video games, correlated with their sophistication. The richer their universe becomes, the less tired the mind gets tired of it. Until you get lost for good? We guess a problem. Which one?

Artificial intelligence builds unlimited universes in a limited context. This confinement comes from the initial conditions and results imposed on the numerical algorithm. It is not autonomous. It simulates a few levels of our mental information, reaching enough complexity to unfold an infinity of possible scenarios. Their exploration has no end.

What, inside us, explores it? It is attention, a kind of mental weaving machine, that assembles the data. It determines the different possible patterns and chooses one. It decides. Place it in a universe that loses its limits and the number of configurations to review grows infinitely. The game is never over. The mind is trapped, like a search algorithm to which new data is constantly offered and which cannot complete its synthesis.

The expansion of a mental universe by artificial intelligence is not a defect in itself. On the contrary, it increases its comprehensiveness. How to do without a search engine? More criteria and solutions are taken into account. The model of the explored world is better constructed, more resistant to unusual variations. But it concentrates the resources of the mind on this world. It does not make overall smarter. Intelligence is the increase of the general complexity of the mind, through the construction of additional worlds. It is aggregating other contexts that have nothing to do with the previous ones. Complexity increases when we learn to separate the factors that fit together from those that don’t, and then we prioritize these sets.

Specialized intelligence locks itself in the unknown it chooses

The real world is currently the most stimulating for intelligence because it is the most complex, the most diverse in entities, criteria, contexts. Eventually, it is inevitable that numerical simulations will be able to do better. Will they make us smarter?

For this, attention would have to accelerate its weaving, to quickly review the incredible number of possible solutions, which explodes with the rise in complexity. Our brains are very far from properly embracing the real world, despite their claims. They climb in intelligence by specializing in a field, focusing their attention on it. And their intelligence is also compartmentalized. Specialized intelligence closes itself in the unknown it chooses for itself, while the general opens up to every unknown. By dedicating our attention to a subject we shoot a mental arrow to push back this specific unknown, but the others advance without our knowledge. The brain forgets.

In these conditions the real world has not finished stimulating our intelligence, before an artificial must take over. Society is actually a gigantic self-organized video game, which spontaneously becomes more complex as its members multiply and hyper-specialize, expanding topics and tasks. Here too, the line between the natural and the artificial is blurred.

Specialization is not just the effect of a particular curiosity. It is a real protection for identity. The mind avoids getting lost. She voluntarily blinds herself to the immensity of the unknown that she feels waiting for her. She hides it behind a barrier of shortcuts and approximate knowledge. But then, do we really need an artificial world more complicated than the real one, or simpler on the contrary? Note that arch-basic video games are actually the most popular and addictive.

Do we really need artificial intelligence to increase our data collection? Or should we not radically change the functioning of the brain itself, shortening its weaving speed? Accelerate its capacity for synthesis rather than extend its memory capacities, otherwise we will wait several centuries for each result. The duration of bibliographic research and the speed of reflection must be coordinated.

While waiting for this progress, let us give our networks pauses in data recording. Free spaces for the actual weaving. An information fast. To resist infobesity. Less horizontal thinking in an infinite but flat universe. Straighten it vertically!