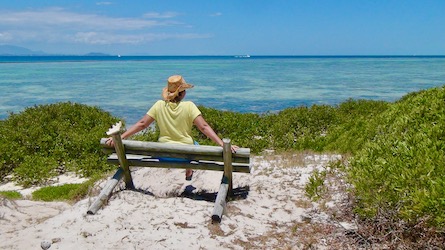 One of my most desperate ideas is: If our neural patterns make an entirely personal reality, the love I feel for a person targets the representation of that made by my mind, not the real person. Self-love. From an even more reductive point of view, groups of my neurons are “fascinated” by the excitations of other groups, the fascination being nothing but excitations of the same type.

Love is probably the magnetism of one part of me for another, but I have several good reasons to mitigate my disgust for this self-penetration:

The ignorant is always honest

Just before this idea, my love was sincerely dedicated to the person in herself. If I’m doing a play in my inner theater, I was until then perfectly honest since I didn’t know to be an actor.

The disgust felt for self-love is enough to indicate to me that there is a real collectivist force in my mind. Without it I would rather feel the satisfaction of having a little more pierced my mental cogs. Of course not. I’m getting booed on the stage. Discovering that you are an actor is immediately accompanied by the difficulty of remaining popular.

The little scene of the moralist

I’d better situate my full self on the right level: I’m the theater, persona actors and observers alike. A neuroscientist and a moralist agreed to play their little scene just now. They broke the mood. Love would be a lure? But from their point of view, everything is lure.

They have not understood that it is doing the play that gives meaning to any thought. In isolation, the concepts are no more interesting than pebbles on the road. It is walking on them that sets them in motion. The movement is more important than the actors.

Let’s get this self out

Finally, that love is my own does not mean that its target is an illusion. She does exist. Another personal universe. With her representation of mine. To imagine myself in this other theater is even more moving than to inhabit mine. I admire the delicate drapes, the velvet of the seats, the contrasts between the outfits on the stage. Some are sumptuous dresses, others sober blouses, some have a prison look even.

Glimpsed in the background of fantasies, concealed by thick curtains, of naked actors. This is all very exciting. I would integrate the whole theater into mine.

The little scene of the physicist

There is no place, of course. We can only build relationships. Love is extraordinary in that it makes you want to do all the rehearsals with the other. A strong interaction is established. It is impossible for both protons to leave the nucleus. Theatres are not mixed but form a new autonomous entity, nucleus-couple.

This is what my neural networks theorize: entities that encompass each other on top of each other. I am one, She another, the Couple encompasses us both. Love is indeed a fascination, but so powerful that it merges the fascinating and the fascinated. I jump from one order to another.

My theatre is a bubble. Love takes me out of it. And makes me fragile. Where is my text? I’m no longer the screenwriter? I feel dissolved. I re-land on my bubble. It’s good to feel it under the feet. At least I know there is an exterior. I see other bubbles. Most are smooth, with a face floating inside, focused on his ideas. Sometimes one of them sticks to the wall of his bubble and observes me for a few moments. We exchange a few signs and then the communication stops quickly. The wall does not let much filter.

Suddenly a huge star rises from behind the horizon and invades the sky. A gigantic bubble! On its surface, almost at hand, a charming pavilion, crumbling under the roses, a high table, supporting a state-of-the-art espresso machine, some elegant chairs. Sitting on one of them, my love.

I stretch my arm towards her. My molecules move apart, lengthen, go to the limit of their weakest interactions. She does the same. The illusion of being able to touch oneself is powerful. That is not enough. Our bubbles remain separate. I don’t care. They are so close that I can easily see the entire inside of her bubble. Even the naked actors, in the shadows, still a little shy.

The majestic bubble of my love almost entirely obscures the sky now. Quite the opposite of a threat, it gives me a deep sense of security. Seeing my fragile love on the outside awakens in me an impulse to protect it. While her formidable bubble gives me in return the impression of being encompassed by her.

I hear an insistent knock behind me. It’s a vibrating piece of furniture, a chest of drawers that I installed in my own pavilion, to store the theater troupe when I’m not using it. A small drawer is frantically agitated. I open it. Out comes my neuroscientist, who unfolds, adjusts his strict white coat, inspires a great gullet of air and declares with a satisfied air:

“Aren’t they astounding, these stories that our little neurons can tell, with only electrochemical 1s and 0s? »