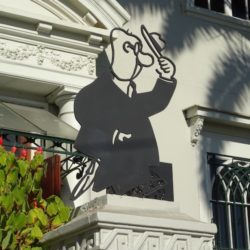 Abstract: In complexity, levels of information pile up. Their independence is relative. The term ‘adding’ levels overemphasizes discontinuity, while the term ‘deepening’ information overemphasizes continuity. The neologism “surimposing” information accounts for this dependence of the upper level on the lower, while giving it its own meaning.

‘Surimposition’ is a concrete notion

Surimposition is the presence of multiple layers of information in a single entity. For example, a bacterium is the surimposition of an anatomical (organelles, wall), biomolecular, molecular, atomic, particulate level. Most striking levels within the boundaries of knowledge. They are not reducible to each other. The intention of a bacterium, the interaction between its genetic code and the environment, is not descriptible by quantum equations. All intermediate levels are necessary to describe it. Their surimposition appears as a single entity to an observer. Illusion? No, let’s not run away. ‘Illusion’ excludes the observer and his puppet reality from a world made purely of information. But we are very present there. The surimposition does form a real appearance to the entity. It is a concrete notion, a look that is not invalidated by explaining only the constitution of the entity.

Neologisms have this major advantage: at a time when the volume of information is exploding while becoming more accessible, search engines are essential. However, standard keywords return a discouraging multitude of references, tedious to sort. If the word is common, most have a vague relationship with what interests you. Base the search on a more complete sentence? On the other hand, you miss interesting pages. Neologisms, by symbolizing the particular aspect of a general subject, bring you to the best place. Provided of course that they have been widely distributed. Adopt them!