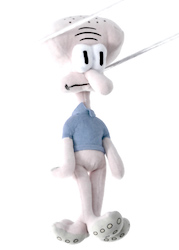 Abstract: Nicholas Humphrey’s solution to the brain-mind problem, discussed in the previous article, is to see sensations as directly experienced activities and not objects of experience. He vigorously separates sensation and perception, the former as a sensible experience and seat of the phenomenon of consciousness, the latter as an interpretation of the external world. What do other philosophers of mind think? All welcome Humphrey’s attempt, but none recognizes themselves in the sharp sensation/perception dualism, nor does they consider the hard problem of consciousness to be solved. The points of contention are specified.

Good progress in responses to Humphrey

looks at how sensation becomes perception. I include in his speech the return of Humphrey because both differ radically on what to put in ‘perception’. Clark considers that by accessing sensation, perception retains its modes: the situation of a sting on the skin, the color of an object, the direction of a sound. For Humphrey, on the contrary, perception is amodal. This is the only way for him to explain that a blind person can “see with her fingers”, that is to say associate a pseudo-visual perception of her environment while keeping the experience of a tactile sensation.

Clark and Humphrey raise here an essential question: Whether the spatial localization of a skin sting is in pure sensation, is it transferred or not into perception, “awareness of”. Answering yes, like no, leads to insoluble questions. Humphrey says no. Yet the perception as a skin localization is memorized, once the sensation disappears. How does it do it if it is amodal? Clark answers yes, with the argument that there is no neurological discontinuity between sensation and perception. The fact is, however, that perceptual representation, ‘seeing the world’, is independent of the sensory mode since it can be built on tactile as well as visual sensations.

The only possible conclusion: the independence between sensation and perception is only relative. There persists something of the sensation in the perception making the second keep the mode of the first, but escapes by an additional layer of information. Sensation does not disappear into perception, it blends into it. This conclusion validates Clark’s objection and runs counter to Humphrey’s sharp distinction.

Note that the sensation/perception switch is easy to simulate digitally. A robot programmed on these bases should be conscious. This is not the case with current AIs, which dissociate data and controls. Dennett himself responds to this criticism: not just any robot could become conscious. Its constitution would have to reproduce the incredible complexity of the physiology of the brain, which is not confined to neural excitations.

Let us remember from Dennett that the solution of consciousness is not describable only as a system of neural stimuli. We will see with Stratium how to integrate this remark into an overall solution.

fully recognizes himself in Humphrey’s enactivism —the evidence that consciousness is inseparable from an action planned by an organism as an agent rather than a mechanical and reactive action in the manner of a digital computer. But he recalls that “the enactive approach is a necessary but not sufficient element in the solution of the mind-body problem“. On the subject of enaction he points out that there is no clear boundary between ‘reactive’ and ‘enactive’. Consciousness can focus in one or the other. It is reactive without enaction when tracking the ball in a televised football match. It is unresponsive when it looks at a billboard on a road where we drive mechanically. Humphrey’s sharp distinction therefore does not correctly define consciousness.

Ellis adds that while afferent (sensory) and efferent (perceptual) pathways are easy to identify outside the brain as sensory and motor nerves, the distinction is more adventurous, even arbitrary, inside the brain. I would complete with the remark that because of the phenomena of backpropagation on nervous extensions, the notions of pure afference and pure efference are doubtful. They simplify neural transmission that is more complex than it seems.

appreciates Humphrey’s attempt to close the brain-mind divide by simultaneously bringing its two banks closer together, but feels that neither effort works. Mental side: Taking the example of pain, she does not see any well-defined place where it becomes suffering in its neurological ascent. Like Ellis, she asks where the reaction to reaction (perception) begins, because it would no longer be just reaction (sensation).

« Unfortunately, the experiments we [lobectomies] and Mother Nature [cerebral lesions] have so unkindly performed on humans don’t generate clear answers. »

Brain side: Hardcastle does not discuss Humphrey’s evolutionary approach, which clearly shows the advantage of proactive responses to natural selection. But she sees no progress towards the phenomenon of consciousness:

is not convinced either. He recalls at the outset that the mind-body problem is a problem of causality and not of correlation, as Humphrey restricts himself to it by confining himself to a matter of neurological pathways. The brain-mind correlations are adjusted more and more finely by fMRI, unfortunately without taking the slightest additional step towards the ‘mind’ phenomenon. The gap is frank and cannot be compared to physical correlations such as flash/electric discharge, water/H2O, heat/molecular agitation, which are ways of observing the same thing connected by a causal model. While the brain-mind correlation mixes things that are not of the same nature.

Harnad fleshed out his arguments and then dismantled the edifice built by Humphrey to the point of leaving little left. His introduction remains the most difficult criticism to overcome, since Chalmers made it his ‘hard problem’ of consciousness.

after her excellent summary of Humphrey’s work, shows that sensation is not really individualizable from perception. In every situation where Humphrey would like one to be pure, the other is nevertheless present; it is only a matter of degree.

Newton finds important the notion of a “thickened moment of consciousness” analyzed in terms of neural mechanisms but regrets that Humphrey’s explanation is brief and not supported by neuroscientific studies. She sees the potential to close the ‘explanatory gap’.

is a panpsychist and has always been convinced that « it is simply inconceivable that subjectivity could possibly emerge from a previously wholly objective world, that mind could evolve from ‘dead’ matter. ». However, he admits to being destabilized by Humphrey’s work and details it in a very long reply, which Humphrey praises as the best summary he could have made himself of his thought. De Quincey concludes, however, that the gap has not been crossed, that “the inconceivable remains inconceivable“.

declares itself neutral in the face of the mind-body divide, not convinced by those who want to close it with materialistic bulldozers on one side, panpsychic on the other. And Humphrey’s attempt? Rovane shows the weakness of the argument consisting in opposing sensation and perception. He takes the example of a papaya he ate in the morning: What emerges from his sensation is to be on his tongue with the taste of papaya. How exactly does this perception exist? According to Humphrey, Rovane is at this time his representation of his own tongue with the taste of papaya. But this statement leaves us with a crucial question: how does accessing sensation make it possible to say that it is “like something” to do so? How is this a different phenomenon from just sensation? These seem to be two blind neurological processes, two functions that meet. Why does this result in a qualitative phenomenon that did not exist until now for other neurological convergences of the same type?

Rovane doubts, in turn, that Humphrey was able to cross the gap with this theory.

implicitly answers Rovane’s question by stating that to cross the gap according to Humphrey, both sides « must have the same conceptual dimensions, which is to say they must belong to the same generic class »

Unwittingly Van Gulick introduces here a notion of a level of explanation essential to understand the opposition between thinkers. I will detail it later.

The debate is not over. Humphrey rolls up his sleeves and even finds it positive that critics attack different aspects of his theory, or even contradict each other. Perhaps his solution is best centered in the middle of a cloud of errors? It takes up the basis, the definition of the central fact of consciousness: that it is like something to have experiences, in other words it is a subjective experience of sensations. He draws 3 corollaries:
1) Being conscious is essentially having sensations.
2) ‘I’, the conscious subject, is an incarnate self. In the absence of bodily sensations, ‘I’ would disappear.
3) All sensations are implicitly housed at the spatial boundary between me and non-self, and at the temporal boundary between past and future (the present).
For Humphrey to understand the kind of thing that phenomenal consciousness is then to understand the kind of thing that is sensation:

« Sensation has evolved specifically to represent and evaluate the current state of stimulation at the surface of the body, whereas perception has evolved to represent the objective facts about the world beyond. If anything is important to understanding consciousness this distinction is. »

Unfortunately Humphrey’s definitions are too restrictive. His hypothesis denigrates, for example, the possibility of consciousness to a brain in a state of locked-in syndrome, cut off from all bodily sensation, when we know that this is not the case. Similarly, the boundary he draws between me and non-me is rigid and arbitrary. It is much less clear-cut in our first experience. The presence of the body as a set of organs is not the same consciousness as the epicritical cutaneous sensitivity of the bodily boundaries.

Temporal consciousness is more or less extensive around the present, which clearly differentiates us from each other. All this shows that consciousness is both a fusion and a construction, a crucial point that Humphrey’s views never show.

Humphrey’s honesty is not debatable. To the criticisms published here, he himself adds an additional one, issued by John Searle. This is the most difficult challenge. Let’s look at the famous drawing of the duck / rabbit: the sensation is the same but the perception alternates between duck and rabbit, and our consciousness follows this alternation, consciousness of a duck / consciousness of a rabbit. This contradicts the phenomenal sensation/consciousness equivalence.

Humphrey tries to meet the challenge by looking for ‘affective’ qualia independent of visual qualia. Off topic, especially for a perception as poor in affect as an optical illusion. So Humphrey sees another type of potential qualia, the “affordance to action” that would alter the sensation to make it the consciousness of a rabbit or a duck, depending on the action it could trigger in either case. Humphrey himself is not well convinced by his answers and admits that « The admission of a realm of agentic qualia makes the story I have been telling considerably more complicated. »

So here we are with a large number of challenges to solve, which Humphrey’s work has the merit of highlighting:
How does the transition from reaction to action take place in practice? Are they different neurological pathways or their entanglement?
What is a phenomenon? An illusion? Can we keep them completely separate from reality or should we bring them back?
What level of explanation should be required for the phenomenon of consciousness, given that this explanation tends to be circular? How to escape from circularity?
What is mindfulness? Does the notion of conscious thickness make sense?

The next article clarifies the notion of level of explanation, a level that differs according to the authors, and shows the impasse to which the effort to reduce the physicalist and spiritualist gazes to each other leads.