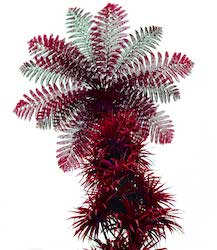 Abstract: The difficulty of the mind-body problem does not come from the brain itself, which is conscious before our eyes, but from the apparent incompatibility between the two ways of looking at it, the physicalist/ontological and the spiritualist/phenomenological. After clarifying the notion of level of explanation, a level that varies according to the authors, I maintain that any attempt to make the two views similar is sterile, that we must instead preserve their specificities and make them coincide.

What level of explanation for the mind-body problem?

I continue the analysis of How to solve the mind-body problem, by Nicholas Humphrey, begun with a summary and criticisms of an areopagus of philosophers of mind.

To bridge the brain-mind divide according to Humphrey, both sides “must … belong to the same generic class” This condition seems sufficient to Humphrey for correlation to become an explanation. He makes the observation that a new phenomenon has appeared in the relationship, while his opponents still ask for an explanation: Why this phenomenon and not nothing? Here appears the notion of level of explanation, nowhere addressed in the article and its criticisms. Humphrey considers it lawful to be satisfied with an explanation as accepted by the rest of materialist science, which can be summarized as follows:

When two levels of reality are firmly connected by a mathematical model, it means that they belong to the same generic class, that they are two aspects of the same thing. It is therefore necessary to accept the specific phenomenon at one of the levels as ‘natural’ and not ‘mysterious’. The phenomenon is specific to our way of looking and not to the thing itself.

This attitude towards explanation is marked by a certain humility. It assumes that we do not know everything about the world, that it may be impossible to know everything, and that we must leave to reality the property of its explanations, without constraining it with our ways of seeing.

This idea is of course a bit illusory since the way to “leave the real owner of its explanations” belongs to us anyway. But the intention is good. It tends at least towards its goal, and reality thanks us for it by bending more willingly to our desires, observes the scientific materialist.

On the other hand, the spiritualist is more sincere in recognizing his subjectivity: he is the origin of all ways of seeing. It is also more demanding: Since I am subjective in all cases, how are you going to convince me that something is objective? asks the materialist. Thus he may rightly never be convinced that his subjectivity has an objective origin, since authentic objectivity is unattainable.

Nevertheless, this reserve can border on solipsism and become sterile. To the end, it becomes a negation of the existence of reality, of anything that can influence its subjectivity and lead it towards objectivity. The reasonable position, for the spiritualist as for the materialist, is to think that his subjectivity can tend towards objectivity without ever reaching it completely, like an asymptotic curve. A rapprochement becomes possible. The subjectivity of the spiritualist can be convinced by the pseudo-objectivity of the materialist because it no longer encounters contrary observation in the course of daily experiences. Pragmatism does not take sides. In these experiences, however, must be included the experience of one’s own consciousness and this is what materialism has not yet succeeded in reproducing. The gap really exists.

Levels of humility in levels of explanation?

To present the explanatory attitude of the materialist as “imbued with a certain humility” may seem lax for an increasingly conquering science. Let us clearly differentiate science from the interpretations of its authors. Scientists and philosophers come together in the humanity —and therefore fallibility— of their interpretations. Does my presentation also seem to say that spiritualists lack humility? The theistic tendency in fact equates the mind with an interim Creator, emanation of an Ultimately Intentional Great Whole. The mind owns the explanation, not the real. It must be recovered, not abandoned, which would be a resignation. There is no question of being satisfied with a purely materialist explanation, a simple ‘conceptual class analogy’.

The opposition between spiritualist and materialist thus appears as a rivalry of direction for power. Does power belong to the eye of the mind or the eye of matter? Is the ultimate causality found in the Intentional Whole or in the fundamental physical laws? In fact, it is by agreeing on the absence of intentionality in physical laws that spiritualists and materialists manage to oppose each other so ardently.

Is this justified? It seems that physical laws are only less human intentions than others in our minds, but our mind nevertheless manages to accommodate them. In fact there is nothing but causal intentions in our explanatory universe. If it is of a very human richness, there is nothing to conclude that the intentions do not exist outside of it. A physical law is a priori a ‘non-human intention’ behind our representation of it. The spiritualist’s lack of humility is then only the refusal to attribute intentions to anything other than his own spirit, the desire to protect his status as interim Creator, the only authorized representative of the Great Whole.

Let us beware of a deification of physical laws as well as of our own mind. We move away from the simple categorical observation that our personal conscious experience is not reducible to mathematical models. If we observe two causalities, two origins, that of intention and that of matter, let us not reduce them to each other. On the contrary, let us retain their constructive opposition, because perhaps this opposition is the engine of reality?

The gap cannot be crossed by bringing its banks closer together, but by spreading them so far away that they become gentle slopes.

Seeking to solve the ‘hard problem’ by a monistic solution, Humphrey wanted to bring together the physicalist and phenomenological views. Judicious. However, he does so by a reshuffle that makes them similar. Less wise. They will inevitably rebel, as they have been doing for decades, because they are not of the same nature. Rather, we must point out the errors in these two visions which, without reducing them to each other, prevent them from coinciding.

is to flatten the complex dimension, to study it as a set of juxtaposed systems and not as a dimension in its own right, which builds its qualitative levels. Brain activity is thus reduced to activated neural networks recorded by fMRI. It is the flattened side of the two-sided coin that is the brain/mind interface. Detailing this face more and more finely does not allow at any time to pass on the other side.

For example putting the neural networks in a loop (reentries of the Global Workspace theory of consciousness) in no way allows jumping to the phenomenological side of the cerebral/mental coin. Having horizontalized the neural support, physicalism is powerless in front of the vertical wall represented by the qualitative upheaval ‘consciousness’.

is to refuse any explanation compatible with physicalism. Blinkers. Obviously, brain microprocesses produce consciousness. The second is altered by the slightest malfunction of the first. The correlations are perfect and the causal direction is clear. Another aspect of resistance to physicalism is the denial of the possibility of consciousness in artificial mechanisms. On the contrary, logic says that perfectly simulated brain processes can’t do anything but reproduce a phenomenon of the same order. Note that I say ‘of the same order’ and not ‘the same’ phenomenon. Already we must avoid talking about “human consciousness”, as if all humans experience the same. Postulate all the less credible as our individual consciousness is already experienced with kaleidoscopic qualities and acuities.

The two errors, physicalist and phenomenology, are not alike. Physicalism declares a sufficient explanation when it is not. Overflowing confidence. Phenomenology declares the very principle of explanation alien to the phenomenon. It sanctuizes consciousness beyond the reach of our understanding, as religions have long done with the soul. Confidence under siege. It is not the conflict of rival concepts on the mental field of honor, but a phenomenon entrenched in the face of the permanent pressure of materialist abstractions. Great then is the temptation to deify the phenomenon, to take it beyond the reach of our instruments, behind the thick wall of dualism. But does this desperate gesture save our property from the phenomenon or does it dispossess us of it?

In the next article, I will revisit the postulates used for the mind-body problem.