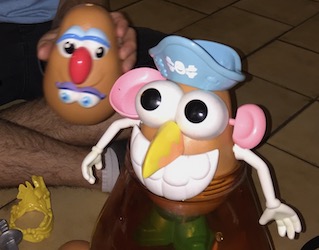 “I don’t want to destroy the planet but I don’t want to be penniless either.” “I don’t want to put others at risk but I don’t want to get vaccinated.” “I support Ukraine but it poses the threat of nuclear conflict.” What do these sentences have in common? All of them declare an insolvent conflict and leave it at that. They often summarize long speeches, the sole purpose of which is to argue that we must live with conflict. Let’s play the balancing act.

Is conflict a way of life?

No, it is conflict resolution that is the main way of life. Conflict is fuel, life is the engine running. When a solution seems impossible, I put the representation of the problem on hold. I do not make waiting an identity mode. On the contrary, identity is built on the personal way used in conflict resolution.

The proliferation of conflicts has placed a large number of them on hold. Consequences: a more volatile identity and a growing malaise among our contemporaries. Volatile identity does not make a soothing personality. On the contrary, the volatile doubts everything. His insurance is cracked. Around this altered core, quiet convictions have left their orbit. Anything can replace it.

The show is even better if the conflicts are insolvent. Some have occupied the stage for centuries! In the same way that heroes are replaced by anti-heroes, certainties by possibilities, victorious conflicts give way to insoluble contradictions. The world is not commensurable, let us be careful not to forget it!

Except that an intention is to decide between two contradictory states of the world. An act is to forget that the world before was impavid, and we transform it! Anti-heroism helps to endure everyday life but does not improve our future, which is likely to remain the same daily life. Anti-heroism is the new opium of the people, after the retreat of religions and their dithyrambic promises of paradise.

The practical image of the anti-hero

It is enough to think of oneself as anti-hero not to decide. This is sometimes useful, when there will never be a good solution, for example in the trolley problem. But this dilemma is a thought experiment, an artificially frozen situation. Real conflicts always evolve with their constitution. Their reassessment is ongoing. Not deciding is almost always laziness, or an overflow when there are too many conflicts to deal with.

When I am questioned, do I have to put myself on hold, show off my unresolved conflicts? I’ll make everyone who has one nod —who hasn’t? Communion in the present. But history holds back the conflict itself, not those who have passively contemplated it. Even my own history retains only conflicts, which have become neuroses in my future self. The poor guy that I was, who strove to solve them, is forgotten.

Banal silencer, original in the shot!

So I prefer to keep my irresolutions quiet. I don’t want to be anti-hero. It is human to be banal, certainly, rather than a hero. But I prefer to remember the few times I’ve been. You know, like when you’d rather show off your rare outstanding photos than the dozens that everyone else has done too.

I feel more collective… because I do not inflict my ordinary identity on others, only the one that deserves to outlive us all.