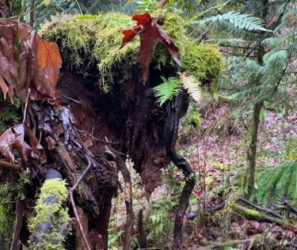 Eradicate all traces of smallpox?

The smallpox virus still exists in 2 known labs, one American and one Russian. Should we make all traces of its existence disappear? Does the devastation that a life form has caused in humans justify its total and definitive eradication? Could it redeem itself one day, manipulated wisely? Difficult ethical question, which has been debated. Solution envisaged: sequence the genome of the virus and destroy its last copies. But is the risk really reduced? In the form of pure information (sequence of purine bases), a form of life is perhaps even less controllable, in the face of malicious biologists.

The CRISPR-Cas technique makes it possible to reprogram a genome, anonymously, moreover: the resulting organism seems to be the result of a spontaneous mutation. The possibilities of malicious employment are exploding compared to the simple sequencing of smallpox. Creation of entirely new viruses with unknown capabilities. Healer or killer? What objective did the researcher receive?

Where to exercise control?

Should we see the weapon in biological technology, in the scientist himself, or in the unknown sponsor? We deal with several levels of organization: knowledge, technology, operator, sponsor. Which one is a priority to control? Logically it is knowledge, the most fundamental. Without it no project. But this is the most difficult level to censor. Knowledge is an ongoing ontological process. Hidden in one place, it reappears elsewhere. The big names in science are only hastening its emergence, with a growing multitude of minds potentially capable of giving birth to it. The mere idea of possible knowledge is enough to direct efforts towards it. Pure information already traveled easily from one mind to another, without intermediaries. The web has made it impossible to master. The seriousness of Covid lies in its spread in information networks more than that of the virus itself.

Technology is easier to monitor. It is no longer pure information. Objects are exchanged, observable flows if they are not too easy to manufacture. Operators can be identified if expertise is needed. Finally, the sponsors are potentially hiding among 7 billion humans. Some are dissatisfied with their lack of notoriety alone, a situation common among the 7 billion cited. Such an abundance of potential terrorists prompts a reconsideration of intrusive surveillance, despite the ubiquitous Big Brother scarecrow in people’s minds.

None of these levels of organization can be locked. Should we then sprinkle random inspections among them? There is better. Since the danger has this complex dimension, it is in its complexity that it must be detected. Develop algorithms that superimpose the different alert criteria at each stage of the development of a potentially dangerous virus.

What extent of ignorance should be included in precaution?

Our two examples, smallpox and CRISPR-Cas, raise a complementary question about morality: Should it start from what we know, from situations already observed (which it sanctions)? Or should it take into account our ignorance, recognize our ignorance of the better solutions that could happen? A temporal dimension of morality appears, based on past or future events. Moral sanction, precaution, or encomplicated?

Encomplicated morality inscribes the complexity of ‘good’ and ‘bad’ factors in our moral choices, and knows how to say ‘neutral’ when this complexity leads us to ignorance. At the base of this complexity, the morality based on proven facts seems solid. It forms the basis of our social conscience. Foundation installed in the past.

Its hold extends to our predictions. The precautionary principle is this pseudopod of the morality of the present insinuating itself into the future. Too many speculations strangle this future. We hesitate to go out when the rain is announced. But it is the awareness of the limits of forecasting, of our ignorance, that sometimes makes us go out anyway, and enjoy the day.

Thus it is the encomplicated morality that accompanies the evolution of the world, that struggles against a frozen society.

Continue with: Depth of information – The complex dimension
Back to page: Synthesis: moral