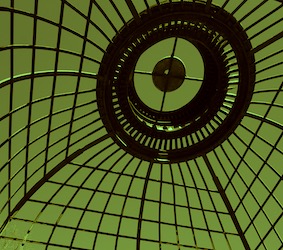 Philosophical systems reflect the organization of the thought of their authors. Some are very codified, as in Socrates, Descartes, Spinoza, Kant. They kind of create their mathematics of thought. These equations, once identified, make it possible to pass any new problem to their specific reel. The systems thus attract a lot of young philosophers. They elect a favorite author, transcribe the news through the chosen filter.

Some systems have such precise coding that they could already be the subject of a numerical simulation. Could soon appear iKant, iSocrat etc. artificial intelligences enriching themselves with a multitude of data to extend the original system to all areas.

How is a philosophical system formed?

Why can’t all philosophers claim to have created one? A system starts with a collection of items. In philosophy the elements are thoughts, small spiritual nuggets collected during the readings. Their mixture creates original syntheses in the aspiring philosopher. The salon speech can bring new elements. But in the creator of the system it serves rather to organize his thought, to make it explicit, to test its coherence with opponents.

Adding conclusions is not enough to turn a personal philosophy into a system. We need a new way of organizing data. Is this possible when we already know a host of existing modes? Should we wait for novelty among the most learned? Everything shows the opposite. Innovation appears in the young, virgin mind. The career of a thinker always follows the same sequence:

1) Rapid accumulation of very diverse data during education. Learning about existing systems.
2) No system is yet deeply implanted. None of them encompasses the totality. The apprentice still has space to imagine his own. If his intelligence is vivid, he creates his own organizational structure.
3) The years mature his system, gradually extending it to all sectors. This personal universalism also stands in the way of new transformations. The mind takes its final form.
4) Aging is not tender with neural networks. They are constantly revising their patterns to maintain themselves. The mind is no longer in transformation but in the maintenance of its identity. It retreats to its main core, the heart of the chosen system, tirelessly repeated. Drivel…

Essential booster for the creation of a system: having spotted contradictions. Books aren’t the only ones hosting them. Life is not lacking. The great inventors had a stormy life, revealing themselves after a personal upheaval. The vision learned is not suitable. It is necessary to invent a new structure in the world to regain its coherence. Failure or success, madness or genius, both alternatives.

If we are not all crazy or awesome, it is because most of our internal contradictions are of little significance to us. They are buried in the depth of the mind, sedimenting there in the form of neuroses, these small dysfunctions at odds with the reality of things, which prevent us from fully enjoying everyday life. What saves the youthful mind from the neurotic straitjacket is astonishment, dissatisfaction, rebellion against an unacceptable interpretation.

Philosophical systems, renowned for their diversity, nevertheless fall into 2 main categories: theists and naturalists. For the former, God is at the origin of everything. Ultimate intention, the most sophisticated it is possible to exercise. Our minds are an iteration, a reflection of it. They create their reality. There is no other material world than the one we choose to describe. Our minds retain ownership.

For the latter, Nature is at the origin of everything. But this is not an intention. It was a framework that preceded us. It is crossed by proprietary forces. It caused us, certainly, and in a way better traced than for God, but had no intention of doing so. The framework is content to exist, nothing more. It is reduced to neutral information.

Not surprisingly, the two categories of philosophies diverge quite radically on the place of the human, their society and especially their morality. The theist sees morality in imprescriptible ideals, divine laws that define our humanity. The naturalist sees morality as genetic, utilitarian, avatar of the perpetuation of the species.

Academicism isolates itself from the multitude instead of exploring it

Can we say that new philosophical systems are still emerging today? The human race does not lack sharp intelligences. It even statistically produces many more, given the staggering numbers of our multiplication. The world’s population has quadrupled in a century. Nevertheless, these new minds are born in an already extremely structured world of information. Everything has been thought out and redesigned. Difficult, already, to save one’s virginity. Even harder to create a new structure. Almost always it already exists but the thinker does not know it.

The inventor is then caught between the need to forget the existing systems and the need to know them to check if he has really innovated. The simplest solution is to abstract himself from existing knowledge and pretend that he has imagined everything. This is true most of the time. Many self-proclaimed inventors have read nothing, plagiarized nothing. They only recreated. Which is already an appreciable performance.

But not appreciated by those who have already appropriated knowledge by their readings of the classics or more official researchers. Academicism divides the world between laymen and graduates. In doing so, it cut itself off from a pool of ideas much larger than the official. Even if true new species are very rare, there may be more innovative philosophical systems, by the simple power of numbers. Lacks an effective sorting tool. And the desire to use it. The division of the world also protects power.

What remains to be created?

The stars of contemporary philosophy are outstanding new analysts of the world rather than creators of new systems. They emerge through their relevant view of current events rather than through fundamental works. I await your opinions, dear readers, on recent books that you would consider fundamental. I have personally read only excellent summaries.

What system remains to be created? Is it possible to even think about it, surrounded by the overloaded shelves of one’s library or gigabytes of digitized analysis? About any subject, ideas come to you spontaneously. No need to open one of these books. They have left their mark on you and enriched you with a multitude of ways of interpreting things. But then doesn’t that make you more blind to what is not interpreted?

In science, the unknown is hardly frightening, in the end. Science resembles a weaving machine that, arriving on chaos, or even absolute emptiness, intertwines existing concepts to create a web of information. The unknown recedes. Will there be any left? We begin to fear for it.

Certainly, science generates its own revolutions. New paradigms. After quantum, more are to come. But such glare should not hide the fact that science does not undergo philosophical upheaval. It is a branch of knowledge, a unique philosophical system, which does not give birth to others. On the contrary, it merges the naturalistic category with such perfect efficiency that most of the minds who claim it say the same thing.

Philosophy seeks to protect the unknown

Not surprisingly, thinkers looking for something new in philosophy have escaped into the other category. The art of thinking has refocused on phenomena, epistemology, intentionality, religion too, which is no longer the mortal enemy as in the nineteenth century. Science, omnipresent, is necessarily included. But it is a juxtaposition of systems, a versatility of the contemporary philosopher. Little progress has been made in integration.

Dualism always profoundly imprints philosophy. The two categories remain clear-cut. Only a solid mind can appropriate both theistic and naturalistic looks. Because we must also host their contradictions. Which remain unresolved. An eclectic philosopher can support everything and its opposite, backed by his wide variety of references, unlike the scientist and the religious cloistered in theirs.

Omnipotence quite convincing. Why isn’t the world today more philosophical? Because the reality of the philosopher is not easy to appropriate. To ventilate it everywhere is to threaten to lose one’s identity. That of the scientist is much more orderly, stable, reproducible. And for those who are put off by the impavid oracles of science, the choice is magic or religion. The diversity of the congregations gives the impression of being able to know everything… in his own way.

Eventually the world becomes more scientific and more religious, not more philosophical. Two camps of diehards. Naturalistic and theistic austerities. The so-called modern philosophers go from one side to the other on the wide bridges of pragmatism, rarely glancing at the matter/mind chasm crossed. Travellers, in a profoundly dualistic world.

Have you guessed, now, the system that remains to be created? If so, you’re ready to read Surimposium.