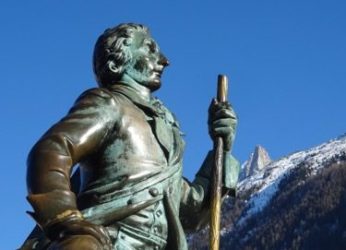 « Life oscillates like a pendulum, from right to left, from suffering to boredom: these are the two elements of which it is made. » Schopenhauer’s description of life is certainly not what a biologist would make of it. Nor that of an ordinary person and rather satisfied with life, against the neurotic and angry mind of Schopenhauer. So what are these different ‘life(s)’ with such contrasting definitions? You can guess with me that many biologists will easily agree on a common definition, while Schopenhauer will gather only the embittered, competing with a host of other interpretations of life, in which you and I will never perfectly recognize ours.

Uniformity and plurality, two contradictory ways of defining life. Who to trust? To the biologists gathered, to Schopenhauer, to oneself?

The double look is based on the separation of self and non-self. 2 poles of mental representation, Spirit and Real poles. The structuralism of science has accustomed us to seeing the origin of the mind in reality. The relationship between the Spirit and Real poles becomes a causal hierarchy. Real at the base, spirit result. There is still a great deal of reluctance towards science. Many continue to use the opposite hierarchy: mind placed at the origin of everything, real created by it. In this category it is necessary to separate 1) mysticism: divinizes the creative spirit and makes it the concrete origin of reality, 2) phenomenology: the mind represents the real, which is essentially independent and inaccessible. We will say: real per se.

Philosophy does not denigrate the relevance of science. It thus hosts within it, among multiple incompatibilities, the most fundamental: the materialist current affirms that the real entirely forms the mind, the phenomenological current affirms that the mind forms its reality, but no one knows how it does it independently. Equivalent in philosophy of the incompatibility quantum theory / general relativity in physics?

Surimposium attempts such a demonstration. But no need to read and believe it to adopt the double look, a simpler approach: it recognizes a causality in each direction, real towards spirit and vice versa, without making them equivalent. ‘Real > Spirit’ is causal, ‘Spirit > Real’ is retrocausal. Science and phenomenology are satisfied. Neither is reduced to the other. How causality forms retrocausality remains an outstanding problem at the double look stage. But already, you are equipped to read any book with new acuity.

Keeping the phenomenological character of this relationship (the real per se is not accessible), these directions actually go from the Real pole to Spirit and vice versa. Mental representations simulate the true relationship. The actor ‘Real pole’ is only a double.

Here are installed our downward thinking (pole Spirit to Real) and upward (the opposite). Since the directions are not equivalent, the properties of the two thoughts differ. Minds agree that they evolve in the same reality per se. One of the actors is unique. The other is specific to each individual. If our minds reached a perfect consensus on the nature of reality (similar Real pole in all minds), upward thinking would be uniform, like the actor from whom it emanates. This is what science strives to achieve. It harmonizes the Real poles until it becomes a solid and reproducible nucleus among scientists.

On the contrary, downward thinking is by definition multifaceted, like the Spirit poles from which it emanates. Based largely on mimicry, it nevertheless operates groupings. These are the philosophical currents but also religious, animist, magical, everything that the mind can invent about reality. A crucial difference between these groupisms and that of scientists: science questions reality per se and verifies its behavior through experience. The Scientific Real pole is thus the only tangible mask of reality per se. Other groupisms create alternative , fragile Real poles, ignoring incompatible events. In practice we all borrow from science in a few fields and from less well-founded beliefs in most current affairs. The Real Pole thus remains a very personal assembly, very far from the scientific ideal even among the most obsessive among us. Couldn’t do better. Science remains vague about human affairs.

The interest for you is this: an effort must be made to make scientific our upward thinking, that is to say from the most consensual Real pole in science. Conformity? On the contrary, by increasing the fidelity of your Real pole to reality per se, you guarantee its independence. It is no longer a simple image of your desires. Actor emancipated from your beliefs, it expands the scene of your mind. Distancing now clear between self and non-self, which extends the mental scope on the world. The contrast increases in an inner reality that remains entirely your property. While believers reject anything that contradicts their desires and thus shrink their personal world.

On the other hand, do not fall into the trap of the eliminative scientist. He confines his thought to this upward direction. For him the mind is a simple epiphenomenon, so can not exert the slightest causality. No room for downward thinking. Ideas are simple bubbles on the surface of the mind, without effect on the origin of the bubbling, believes the eliminativist. Amputated like him from a direction of the look, you are as half-blind as the theist convinced that matter is a creation of the mind.

Downward thinking is as personal as upward is impersonal. Here nonconformism finds its full expression. It participates in the distancing by stretching on the pole Spirit the gap with the Real. It surrounds reality with a multitude of observation posts. Cloud of approximations, but they are the ones that make it possible to identify the real inaccessible in itself in the middle of the cloud. Spiritual indeterminacy reminiscent of quantum: when the mind precisely measures one characteristic of real per se the others are more blurred and it never accesses complete determination. Nevertheless, the representation is better with 20 criteria measured in turn than with 2. Imagination multiplies the possible solutions. The richness of downward thinking is to test them all as a starting point. Even a religious would have a more effective downward look at reality by multiplying the theologies at his disposal, rather than confining himself to one.

It becomes exciting to use Schopenhauer’s resentments as an observatory on life. Or Freud’s Oedipal neurosis. Or the Nietzschean will to power. But you now know that this is a bundle of downward looks properties of these illustrious thinkers, and not of life per se. Life per se is more precisely described by the uniform discourse of biologists. Upward description, which crosses all these original downward looks to pure fantasy.

When upward and downward meet and coincide on one thing, perhaps we have hooked up an authentic level of life reality?