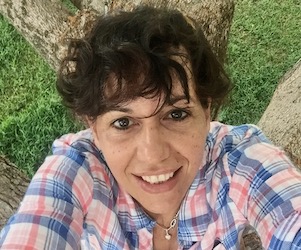 Ariane Nicolas revisits the question of Simone de Beauvoir, 70 years later, in the stormy context of gender transidentity. “A woman, based on my own experience, I don’t know what it is,” she says.

Here are Ariane’s explanations: she knows that she is a woman because society has told her, in her education, the identity signs she has been offered, the difficulties to make a place for herself compared to the facilities of boys. “When I walk into a room, I know people think, ‘This is a woman.’ I can’t help it.“

But “When I’m alone, I don’t feel like a woman.” She only feels ‘individual’. Gender questioning manifests itself only “by break-in”, because her body appears in a mirror, or when she opens her wardrobe. Ariane brings this experience closer to the philosophical hypothesis of the flying man. Avicenna, in The Treatise on the Soul, imagines a man floating in the cosmos, no longer feeling at all his body, pure spirit. Avicenna wants to show that soul and body are distinct and that the soul is more real as a pure thinking substance.

Ariane, cut off from the world, thus experiences herself as a “flying woman”. She sees the label woman applied by society as a painting on her inner being. If this being escapes from her bodily gangue and the image that people have of her, she becomes gender neutral. She is no more than individuation.

If I mention this text by Ariane Nicolas, it is even less than she about transidentity. I see this as a remarkable example of the radical separation that some so-called “corticated” people operate between their bodily experience and their self-observation. The epithet ‘corticated’ is judicious here because the main functions of our Inner Observer are located in the prefrontal cortex. This concentration actually makes it possible to “isolate oneself in one’s thoughts”, somewhat disconnected from the body and the environment signaled by sensory inputs. Our wandering mind, can assume any alternative identity, man, woman, animal, astronaut, superhero, etc.

The bodily experience disappears. Thought becomes purely analytical of what one is, because this is the role of the Observer. It shifts from the rest of the being and judges it. It really sees itself as ‘pure spirit’, or soul in Avicenna, because no bodily disturbance is grafted on this sensation. The Observer is disembodied.

But it is an Observer who knows little about mental physiology. This can be forgiven in Avicenna, a philosopher of the Middle Ages; it’s more surprising with Ariane Nicolas. She wants to reach out to transgender people tossed between the desired and official identity in society, claiming that the fundamental identity is not gendered. But this is only tenable by reducing the mind to its surface and not its heart. Ariane’s “deep” identity is only her most recent identity in evolutionary terms. It is reduced to those neural networks that transform the world into abstraction, rather than experiencing it.

By making this kind of reduction on gender identity, we make it an alibi. On the contrary, understanding it requires extending it to all facets of our minds, from instinctive functions to sophisticated social interactions. The fundamental identity is not in the surface of the mind but in its depth, which requires investigating where the Observer does not find easy answers.

The Observer is enriched by this research extended to our personal history, extended definitions of femininity/masculinity. Read What is feminine and masculine? In this way we can encompass our social environment with the more universal gender that our Observer has chosen for herself, instead of vainly driving a narrow genre as a wedge between us and others.

This way of thinking is based on Stratium, a theory of mental complexity.