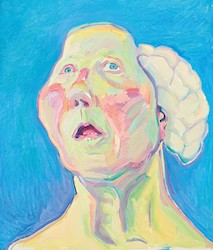 What is immediately striking about the theories of consciousness is that they don’t look alike at all. Of course we group them into major fields, scientific, religious, philosophical, but each group is heterogeneous. Among scientists, disciplines as diverse as neuroscience, complexity, and quantum physics compete for copyrights on consciousness. Every mystic wants to make it possessed by a Great Whole who astonishes by the multitude of its variations, since it is “everything”. Philosophers disperse on metaphysics but unite to say that no theory is satisfactory.

This is a crucial issue. If consciousness were finally surrounded by similar hypotheses, it would be easy to design experiments to decide between them. But today theories belong to such different universes that they are unable to test each other. The easiest thing is to deny each other. No framework is global, nor are the holistics than the others.

Another crucial difficulty: it is consciousness that theorizes itself, in a perfectly solipsistic enterprise. The multiplicity of opinions it has of itself leads to say that there is not “one” consciousness but an infinity of “conscious voices” that seek how they resemble each other.

How to face these two pitfalls?

A valid theory of consciousness cannot be implanted in any of the fields mentioned. A neuroscientist cannot do without a physical and philosophical explanation. A religious one cannot abstract itself from the neural correlations of consciousness. An acceptable theory is necessarily a meta-theory, and we will see that this eliminates almost all of them. But there remains the possibility that some are useful fragments of meta-theory, equivalent to lemmas in mathematics —partial theorems on the way to a complete proof.

The remarkable correlations obtained by neuroscience about conscious phenomena constitute one of these lemmas. The mind-body gap is not crossed but both banks have exactly the same sinuosity. As if a force field prevented them from welding together but no one knows the nature of it.

Who says “field” says physics, and quantum has interfered. It is indeed necessary to connect quantum and consciousness, this is the principle of meta-theory. But for now the lemma called ‘quantum theory of consciousness’ is just a physical paradigm plastered on consciousness, not an explanation.

The skepticism of philosophers is good. Their epistemic work has made it possible to clarify the questions that meta-theory must answer. They reject the claims of lemmas to assume this title. It is by specifying the limits of lemmas that we can put them in competition in their field of election: What is the best neuroscientific theory? The best fundamental physical approach? How to embrace complexity? What holistic vision resists non-Gnostics?

The need for alternative hypotheses to each theory tested

Every field demands collectivism. Beware of magical thinking. Every researcher must get closer to competitors in their discipline, expand the alternatives to their own conception of things. They thus avoids the temptation to rework their theory whenever the data does not confirm it exactly as predicted. The repetition of reshuffles can make the original theory lose all its logical simplicity.

From this point of view, neuroscientists win the palm of collectivism. They cooperate closely in clarifying the neural organization of the mind. No map of this territory is definitive. It is desirable to have several. We are sailors exploring a vastly unknown ocean.

A frame that is too narrow

For the ‘phenomenon’ consciousness, it is more difficult to follow the collectivist recommendation. There is no valid lemma about it, between its evasion by the eliminativismists and its relegation out of the world by the mystics. Philosophers simply say, “The phenomenon exists.” How to test alternatives without any reference theory?

This observation is a lesson in itself: the absence of any viable hypothesis indicates a problem at the level of the epistemic framework. It fails? It is that it is incomplete. Our way of thinking about the world awaits a fundamental upheaval, out of all the currents that are currently clashing.

This does not imply that they are in error. Scientific studies are reproducible. The philosophy of mind follows an undeniable logic. Religious people are based on the authentic experience that there are things superior to our individual thought. All conclusions are consistent at their scale. But since they are contradictory for the mind/body problem, it is the framework in which the problem is posed that is not complete.

The causal direction separates two more than different frames: irreconcilable in appearance. The ontological framework is based on a fully bottom-up causality, that of micromechanisms, while the teleological affirms consciousness as causal (top-down causality). These frameworks, in isolation, are both insufficient to explain both process and phenomena. Theorizing consciousness imposes an integrative framework. Integrator but not reductive, otherwise we lose the authors attached to their preferred framework.

Since each of us has a body and mind of similar orders, it is likely that these frameworks are the property of competing mental representations and not of the authors in their entire being. I would add that the most direct interview for the authors is that of their conscious experience and not that of their quantons, which must relativize the current domination of the ontological direction.

Let’s start with this ontological causal direction. It is best codified, with the formal approach to strong inference proposed by John Platt (1964) and supplemented by Algiers (2019), which is adapted to the neural mechanisms of consciousness:

1) Design any hypotheses capable of explaining the observations.
2) Choose critical experimentation to exclude one or more hypotheses.
3) Perform the experiment and interpret it.
4) Recycle the procedure to refine hypotheses and experiments.

Given the number of possible organizations per 100 billion neurons with modular physiology and assisted by other cells, it is not possible to test them all. Comprehensive theories of this organization are needed. They emerged as the neural correlations of consciousness became clearer. Two to four theories are cited as the main ones, especially Neural Global Workspace (NGW, Dehaene) and Integrated Information Theory (IIT, Tononi), followed by Higher Order Consciousness (HOS, Rosenthal) and Recurrent Process Theory (RPT, Lamme), with variants.

Neuroscience is not everything

These are the theories that are considered scientific. Three of them, NGW, HOS and RPT, are in fact strictly neuroscientific, based on neural correlations. While IIT is a theory of complexity, the only one that can claim to cross the mind-body divide. Nevertheless, these theories remain locked in their ontological framework, failing to explain the phenomenon of consciousness. The interest of strong inference is limited to distinguishing between these ontological alternatives.

The other theories, religious, panpsychic, do not meet the scientific criteria (not testable). But the final meta-theory must be able to explain why these beliefs satisfy a very large number of people experiencing their consciousness. This experience is unique and cannot be denigrated to us. It goes beyond the ontological framework and scientific tools are powerless to apprehend it.

What does it mean to experience oneself, ultimately?

The experience of being is strictly personal, inaccessible even to an entity superior to oneself. If she surpasses us, then her experience can no longer be reduced to ours. It is different. God cannot experience herself as a human. A human cannot experience herself like an animal, only imagine it. There is no ultimate answer to “Why this feeling?”, because the “why” does not apply to being; it comes from something outside of it. This is the difference between the “phenomenon” consciousness, the phenomenon of being, and the “consciousness of” something, which is the observation of one being by another.

The meta-theory of consciousness must rediscover this incompressible dualism, while remaining in a monistic vision of the world. Reality is one. Insurmountable paradox? This is the problem that Surimposium is tackling. We will see in a future article its claims to be the hoped-for meta-theory.