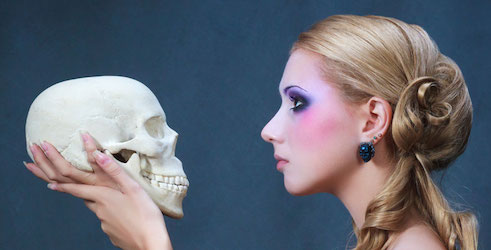 A question of bumpers?

Philomag tackles death that comes in front of us, or that has already hit a loved one, and we can’t overcome the disaster. Generalization hides strong inequalities: some enter a state of mental decomposition and others seem unaffected. Is death an unknown virus? A new vaccine in sight?

The Epicurean and Stoic Classics say that “death is nothing to us.” Nothing to face, therefore. Frosty message well received from the unaffected by death. What about the others?

Moderns insist on the presence of death in all life. For Heidegger it is the tension towards death that arms a life project. What an absurd idea, Martin! A young man royally mocks death. It is certainly not it who “arms his project”. The tension of death that is approaching, on the other hand, frightens the one who is far from having concretized this project. The worst is probably when the death of a loved one empties the project of all meaning. Death, on the contrary, disarms.

Cédric Enjalbert then proposes a third explanation, which is rather therapeutic: words are missing. Death is an abstraction that is too brutal, too brief, a tiny word that claims to fill the inconceivable nothingness that is approaching. The idea of weaving this void with the narrative makes sense. Everyone benefits from telling themselves, or listening to others telling. But there are still many holes in the dressing by the narrative, which appears fragile. Death seems capable of taking away all this too.

The liturgy has been the best receptacle for these words in millennia. Where does it store them? Neither in the fleeting human nor in their ephemeral achievements, but in the permanence of a whole superior to them. It is necessary to understand the discourse of the Classics inscribed in a world steeped in divinities and immanences. Death is nothing because it does not end life.

It is by having courageously renounced our higher deities that we must now install bumpers, tell heroic stories, waiting for the inevitable fatal moment. The bet to beautify life so that death takes away something rather than nothing.

1 thought on “Why can’t we confront death face to face?”