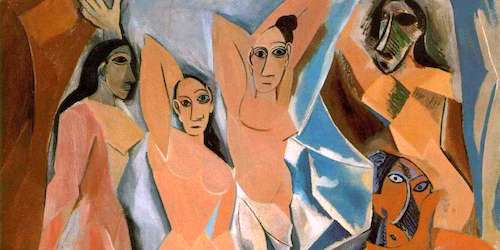 Philosophical vocabulary is a real semantic mess! The word is not too strong. It is almost easier to learn a foreign language. Look for example at the word ‘being’; It designates both a phenomenon and a representation. Between ‘I am’ – an unshareable experience – and ‘he is’ – an infinitely divided opinion – there is a radical reversal on existence. And the transfiguration would be housed in a banal succession of conjugations of the verb ‘to be’? Ridiculous!

Philosophical bodybuilding is a capital letter

The correction made to this semantic imposture by philosophy is discreet: (we must think of) adding a capital letter to Being I-am, while the being he-is stays the being. This adds abstruse sauce to philosophical language, because laymen do not perceive the difference. They do not bother to actively search for the meaning of this “Being”… familiar without being.

Why this reluctance to use more frankly independent terms? Do we fear the accusation of dualism, by separating too much the Being from the being? But semantic dualism has nothing to do with that of the thing described. We are even pluralistic in the extreme, and this is a success, to describe something that remains monistic in essence.

Dualistic, certainly philosophy is too often in front of things, separating the human from other things. We do not hesitate to describe as radical the reversal between Being and being for the human person; But let’s not see much difference for an elementary particle. The physical world is apart. It is entitled to its little reversal: its Being is called ‘real’, its being ‘reality’. Real is experienced, reality is observed. Very few use this difference. Far too dualistic moreover. Aren’t we part of the real? If so, who observes reality from outside the real? Here is a way, purely dialectic, of saying that reality does not exist…

The paradoxes of being

‘Being’ is so fundamental that you don’t know how to say something without using it. Anything is its noun. Every aspect is that of something. This terrifying banality in semantic relation should oppose the exceptional originality of the Being particular to each thing. But no, only a capital letter separates them… when you think about it.

Almost all the fundamental principles are satellised to ‘Being’, as if they could not stand alone: let us give them a little existence. Here is Being and time, Being and divine, Being and essence, Being and event, Being and form, Being and work, Being and truth, Being and nothingness… Yes, even the opposite of being needs it, to exist at least as non-being, because nothingness does not exist at all and a ‘true’ that one would like to attach to it is without object.

One accessible Being, at least: mine

This universalization of being has a hidden defect: we see that the real Is, but cannot access this Being. At least what is accessible of it is our individual Being, experienced in “first person”, nothing else. Those of our congeners are already beings and it is a rough approximation to suppose them identical to our own Being. ‘I’ is not ‘they’. ‘I’ is my world-being; ‘They’ are islands in this world.

If I cannot access the Being of the real, I only access its beings. So its general being, reality, is actually my reality. Here we are back on a philosophical observation of the most basic. It remains to be seen how I separated myself from the Being of the real, since I am supposed to be part of it. On this, philosophy and science are still silent.

Religious terminology, with its ‘soul’ clearly separated from its earthly ‘appearance’, had a much greater explanatory power. Rather than getting rid of the soul, as the first anti-clerical philosophers did, it was necessary to keep it as Being to be concretized rather than mystical twin. The return of the independence granted to the Being and being, late and insufficient, played into the hands of a simplified scientism. Science only deals with beings. Being is an uninteresting notion. “The forgetfulness of Being” characterizes, according to Heidegger, the current domination of technology over thought.

To move forward, it is necessary to resort to an additional vocabulary, which also suffers from the poor differentiation between Being and being. These two opposing directions on things are not clarified in the tools of philosophical thought. They are almost always used in parallel, as alternative ways of seeing something, whereas they must imperatively make the thing coincide. For the thing is essentially unique, as a fusion of the Being and its beings.

What are these tools? These are physics, metaphysics, ontology, epistemology, teleology, to which it would be fair to add mereology and meta-metaphysics.

Physics is the study of nature, the metaphysics of the supernatural. Philosophy, which is study, includes them. This simplistic presentation has some advantages: the “super”natural indicates floors to reality. And as we participate both on the natural by the body and the supernatural by the spirit, we seem installed on several floors of the real. Great comfort! Some of us also benefit from a powerful projector installed at the top: philosophy. Armed with this remarkable luminous brush, we can examine the lower floors, natural as well as supernatural.

Notice that I include physics (and other sciences) in this philosophy. It would be a shame to separate them, with the risk of seeing images that are definitely incompatible. It is better to add all wavelengths to one’s philosophical light, including those of science.

Ontology studies the general properties of Being: existence, time, causality. Except that we do not have access to the Being of things. We are forced to lend to them our principles of existence, time, causality, whistling with a relaxed air, perfectly unaware of substitution. Isn’t that already very generous for the thing? The results of ontological inquiry, called ontic, are therefore falsely property of Being.

Typically science is the best ontological approach: it studies the Being of a thing by its constitution. But it does so by a fundamental model which is a hook plunged into the depths of the Being of the thing. If the model corresponds, the constitution of the thing leads to the Being in question. This is an explanation, not an essentialization: we do not know what the thing is per se, we only have clues. The thing is always described in reference to a standard model that is not it.

Let us remember that the direction of the investigation, of the constitution towards the Being of the thing, is necessary and crucial. But the method employed is not owned by the thing. It is pseudo-ontological. In Surimposium, I clarify the difference by talking about upward direction, from parts of the thing to its whole. The upward direction is to give voice to the thing about its Being, but we lend it our language.

Teleology is the opposite direction. The mind projects its intentions towards the thing. It admits perfectly, this time, the ownership of this look. ‘I’ see the thing that way, and even, if it’s not like that, ‘I’m going to transform it so that it is like that. Of course for the thing to accept the transformation I must have an ontological knowledge of it. This is why the two perspectives, ontological and teleological, must coincide at least partially.

I am talking about downward direction for teleology. This time it is not a question of pseudo-teleology. The mind is truly the owner of this look. Nevertheless, the term ‘downward’ better reflects that intentions are tiered in the mind, that they can descend from more or less complex conceptual levels, some inaccessible to consciousness. When you reflexively crush a mosquito on your arm, it’s less teleological than looking for a repellent bomb and spraying it on yourself.

Epistemology studies the means of knowing. It gives shape to the forms of knowledge. Additional conceptual floor for our intentions. Installation of an observer – or a censor, as you want – higher. From this height starts a new teleological depth. The direction is still downward.

Mereology is the tool for understanding the staging of the real. Real is certainly involved in our epistemological means, so I would gladly say that mereology is an even distant, higher level of observation than epistemology. Moreover, its acquisition is more recent historically.

Mereology also claims to explain the Being of real in depth, and connect it to our spiritual Being. Its power of synthesis is remarkable.  Surimposium is a mereological theory. It attributes to the real a fundamental dimension that has never been formalized either by physics or philosophy: the complex dimension.

Meta-metaphysics, the field of possibilities… codified

Meta-metaphysics is more generally the space of all possible organizations of our means of knowing. Mereology is one of these organizations, not necessarily the one used by all, even if it adjusts remarkably to the Being of reality. Is my relationship to reality and my self-observation right? Or full of errors?… I can go on living anyway. All follies can be lodged in meta-metaphysics. Because we can design virtual reality levels that are beyond us. ‘Virtual’ here does not mean ‘outside the real’. These levels are real as patterns of information created by neurons. They simply have no correspondence elsewhere in reality, or perhaps only in other neural networks that have codified the same follies.

We are all inhabited by these personal folly. Every new intention, never yet realized, is one of these follies. Many come to fruition, for our greatest happiness. Most are metaphysical thoughts. The meta-metaphysical folly, which hope to see new modes of organizing thought work, are more difficult to crown with success. But who knows? Maybe they will take us up a meta-level again?

Ouch, yes: this climb remains mereological order. How could we escape complexity?