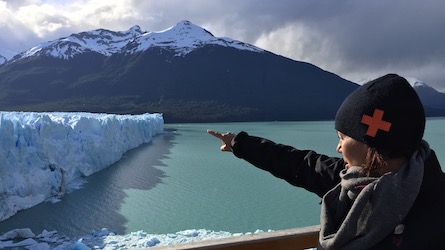 Question answered by Sébastien Bohler, neurobiologist, interviewed by Science&Vie and in his book ‘Human psycho‘. He sees humanity as a superorganism sick of its oversized ego. Psychosis that must be treated by stopping the delusional discourses on human superiority, and find a realistic vision of the disastrous role played by our species. Bohler calls for “sounding the revolt of humans against the superorganism.”

Some of Sébastien’s ideas are classic and very accurate, for example “learning to consider Nature no longer as a tool but a partner”. Unfortunately his discourse, which wants to be unifying, will produce the opposite effect, because he does not understand what Humanity is, Nature, nor in a general way the notion of organism.

The psychiatric file is ours

This fascinating topic has already been dealt with about Gaia: is it a living organism or not? The answer is no, because it is not made up of integrated information. The same goes for Humanity, made up of information exchanged between individual organisms, which does not make it an integrated organism. Sébastien therefore situates psychosis in an organism that does not exist. This is very nice for us, who are the true constituents, and should be the targets of his diagnosis. The psychiatric file is ours.

Humanity does exist, as a super-entity and not an organism. It exists concretely only through its representation in each of us. Sébastien risks sticking us an additional schizophrenia by calling for the “revolt of humans against Humanity”, a conflict intrinsic to the mind and perfectly irreducible.

Always soothing towards his lay reader, Sébastien wants to “rethink the pyramidal organization of society and companies”. It carefully avoids the term ‘hierarchy’. I will detail in another article the pyramidal/hierarchical difference. But it is obvious that Sébastien speaks of hierarchy. How to succeed in saving the ecosystem without hierarchy? What if everyone follows their idea on each floor of the pyramid?

Because Wokism today takes on this aspect: “I am awakening to my own synthesis of the situation rather than that of the majority of experts”. The pseudo-pyramidal networks are a collection of feudal baronies run by influencers, and hierarchies are collapsing under massive anti-expert conspiracy.

Sébastien Bohler does as the others do: he promotes his discourse by affirming it universal. All small humans must rally to it. This asphyxiating positivism instantly creates its reactionary rebellion. Humans are splitting. Sebastian created one more barony. The end goal is moving away.

Revolt of egotism disguised as collectivism

There is no super-organism, only people with very different lives. Essential diversity of opinions. The idea of bringing people together by giving back the tyranny of power to the individual is meaningless. Because this is Sebastien’s injunction. The “revolt of humans” cannot target a super-organism that does not exist, but its representative hierarchy, its leaders. This is just another anti-system discourse.

Without a notion of integration, Sébastien does not understand that hierarchy is the fundamental framework of an organization. We do not give the same importance to our cells, our organs, our brain, our simple reflexes or our idealistic thoughts. All these entities are linked to priorities to protect the summit: the super-organism that is individual human identity.

It is also the location of our oversized egos. But there is no need to criticize the container, as Sébastien wrongly does. From its privileged location comes the power of our intentions. It is not by weakening it that we will improve our destiny. Nor by delegating it to Nature or Evolution, entities that have no particular concern for the human species.

It is not the container that should be criticized but the content. The content of our egos is too dissimilar on the big topics that should unite us. Either we manage to compartmentalize them in our mind, that is, not to mix them with other daily concerns. Either we delegate our power to manage them to specialized, truly collectivist decision-makers.

Who doesn’t look at their wallet?

Compartmentalizing, few of us are capable of it. Who can abstract himself from the contents of his plate, his wallet, the model of his latest digital assistant? A vast majority of humans have no control over these elementary choices. They do not have the means to separate consumption and ecosystem. They survive as best they can.

Humanity is not a super-organism, and by this defect it can be as ephemeral as a whirlwind in the ocean. Our best chance is to simulate such an organism, giving it a unified reason to exist. It is impossible to clone the concept of Gaia in diverse minds. It must be merged into the best designed copies to host it.

Sébastien is completely wrong in his book, with his “revolt”. Obviously the “submission” makes less money. Yet it produces exceptional results and incredible joys, because they are shared. When you hope to win the soccer World Cup, you transfer your power to your favorite team rather than putting on the cleats yourself. And the emotion that grips you in case of success is much greater than that which you would have felt by winning against the team of the neighborhood.

This is the same delegation that we must collectively undertake to save the ecosystem and other species. The hierarchy is too steep, too opaque, too conservative, but indispensable. This is where the ego penalizes a structure that should remain fluid. So we doesn’t have that much to deal with, these ego(s). Less and less as one rises in the hierarchy.

Let us begin by not electing, to the highest offices, the frankly pathological, because we abandon ourselves to our own extremisms of thought…